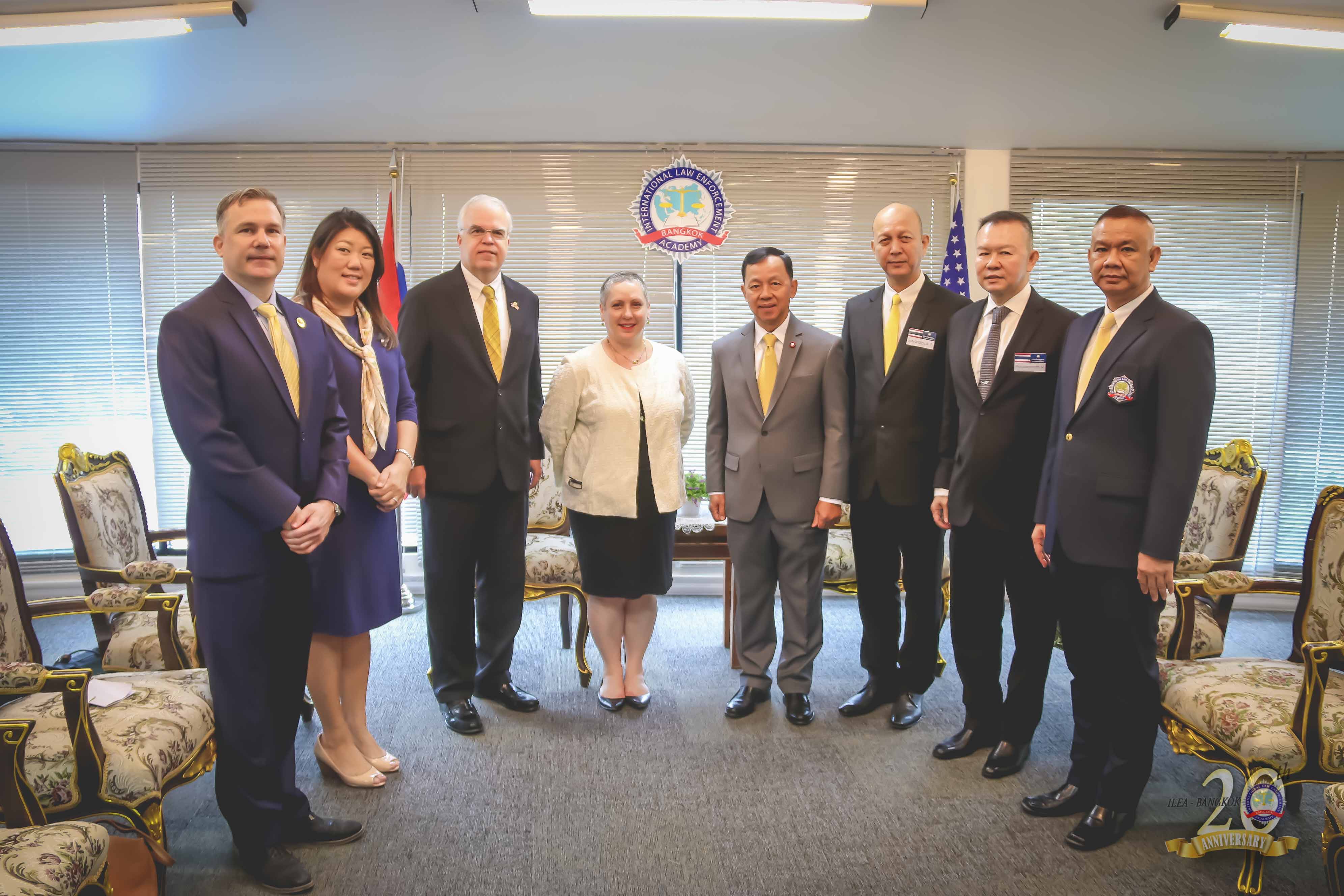 International Law Enforcement Academy (ILEA) Bangkok celebrated its 20th anniversary, May 22-23, 2019.  The schedule of events included a Senior Leaders Workshop on May 22nd, the official opening of the renovated building, and a subsequent tour of the facility on the following day.

Established in 1999, ILEA Bangkok is a joint effort between the Royal Thai Government and the Government of the United States of America with its aim to enhance law enforcement’s capabilities to combat transnational crime through state-of-the-art training that has strengthened regional security and cooperation. Up to the present, more than 19,000 graduates from 13 countries and two special administrative regions have attended ILEA Bangkok’s training programs.

Your session will expire in .

You have been logged out due to inactivity. Please log in if you wish to continue to use access controlled parts of the ILEA Bangkok site.